Our practice ethos is simple; we want to build trusting and sustainable relationships with you and your pets in order to keep them well and help them to get better as quickly as possible when ill or injured. 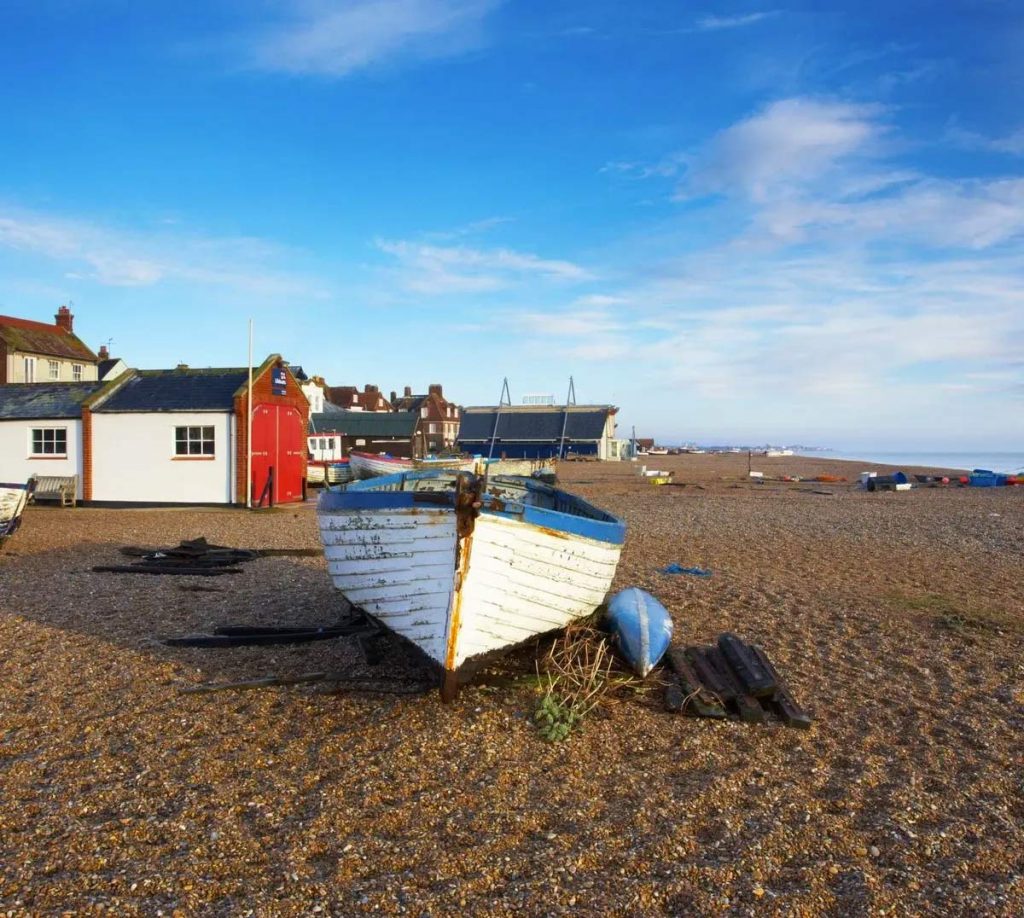 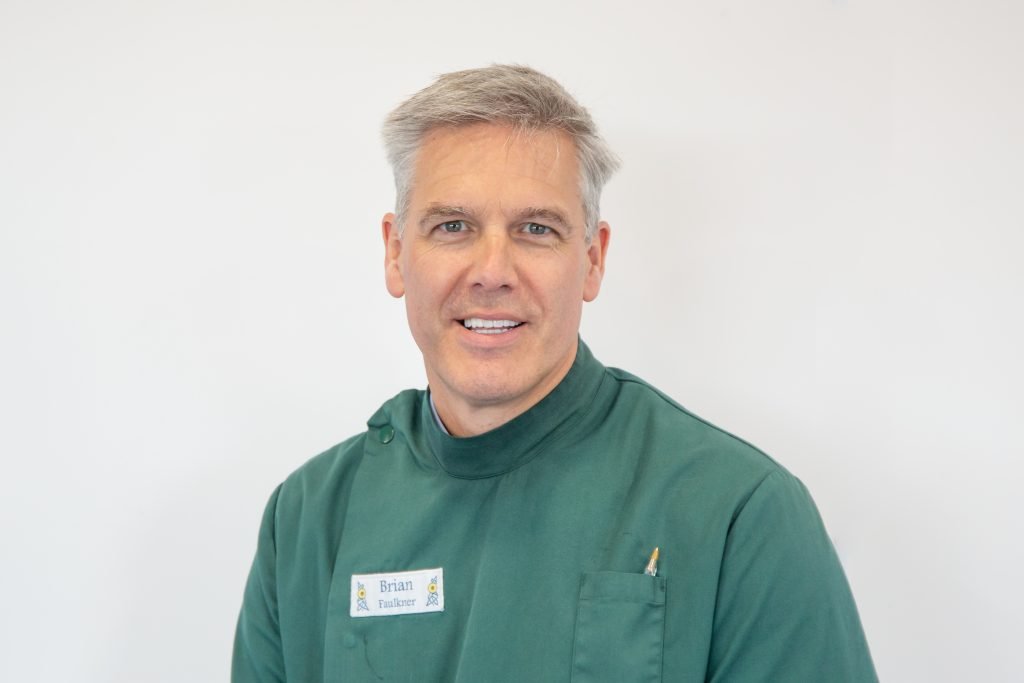 Brian graduated from Edinburgh Vet School in 1995 and worked in mixed practice. Over his 27+ year career Brian has worked in more than 250 veterinary practices as a locum vet as well as setting up 5 veterinary practices in Suffolk.  He also works as a practice management consultant and communications psychologist. Brian was the Petplan UK Vet of the Year in 2008 after having been runner-up in 2007. He is Honorary Associate Professor in Veterinary Business at Nottingham University as well as working as the Media and PR vet for Petplan Pet Insurance .

Brian was the President of the UK Society of Practising Veterinary Surgeons in 2017. He is also the Founder of Colourful CPD (www.colourfulcpd.com), an online CPD provider of veterinary training all around the world. Brian also founded the British Veterinary Receptionist Association (www.bvra.co.uk) and created the Accredited Veterinary Receptionist Award. In 2020 Brian was awarded Fellowship of The Royal College of Veterinary Surgeons (FRCVS) in recognition of ‘outstanding contribution to clinical practice’.

In 2017 Brian raised £120,000 for Brooke Animal Hospital by running 10 marathons in 10 consecutive days all across the UK and Ireland. In August 2020 Brian ran 31 marathons in 31 days from John O’Groats to Lands End (https://www.colourfulcpd.com/jogle-2020/)  to raise £10,000 for a charity called ‘Street Vet ‘ which attends to the dogs of the homeless.  In 2022 he was also awarded the RCVS Inspiration Award for his work with charity and support for colleagues within the profession.

Jess grew up on the North Norfolk coast before leaving for the South West.

After graduating from The University of Bristol Vet School in 2012 she worked in a mixed veterinary practice in Devon for 4 years. In 2017 Jess travelled around the world on a route that took her through New Zealand, Australia, Fiji and much of Asia.

In 2018 Jess returned to her roots in Norfolk and worked as a locum vet. Jess and Brian met and worked together at Brian’s former surgery in Wickham Market. 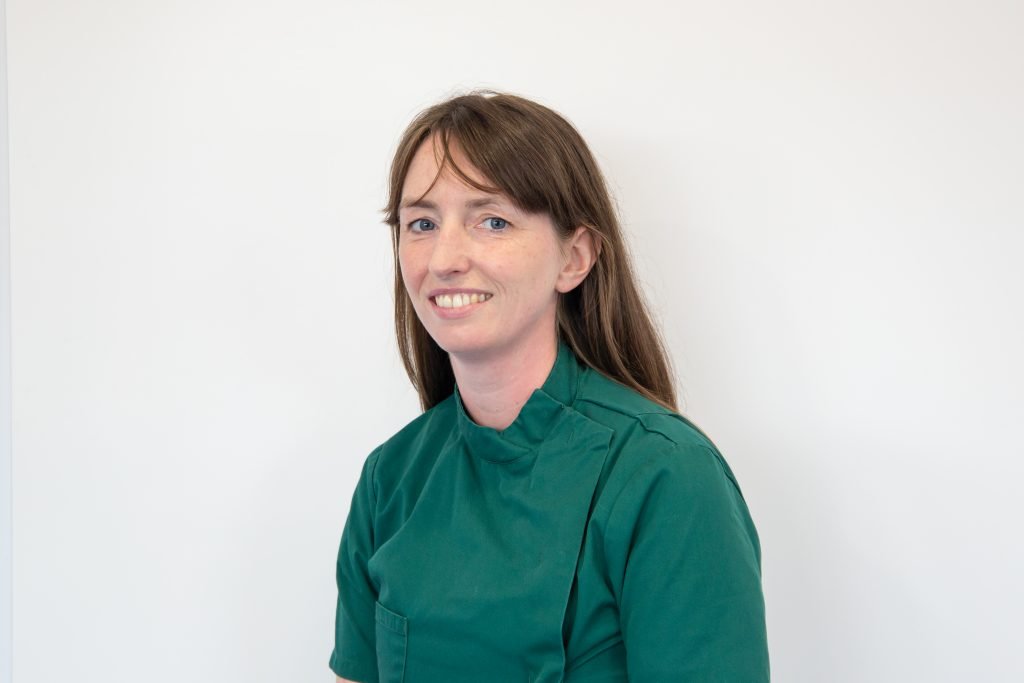 Niamh grew up in Tipperary in the South East of Ireland, and qualified in Dublin in 2010. Shortly after qualifying she moved to Suffolk where she has been living and working happily ever since, and now considers herself a local! Niamh spent 2 years after graduating working in mixed equine and small animal practice, before choosing to focus on just small animals, and after 3 years of studying achieved a postgraduate certificate in small animal medicine in 2016. Since Niamh is a glutton for punishment, she is now studying for another certificate, this time in Ophthalmology and hopes to complete it in 2024.

Niamh lives locally with her husband Matt (a local boatbuilder), their son Isaac, a beautiful but aloof cat called Bonnie and the latest addition, a very energetic whippet puppy called Nora. When she is not peering at dogs and cats eyes, Niamh enjoys running, sailing, canoeing, horse riding and exploring the Suffolk countryside with Matt on their tandem bicycle.

Harriet qualified from the University of Nottingham in 2018 and worked for three years in a small animal practice in Norfolk before joining the team at Aldeburgh Vets in December 2021.
She enjoys all aspects of first opinion work but has particular interests in dermatology and soft tissue surgery.
Outside of work she has a cat called Mia, and enjoys baking, crafts and travel (pandemic dependent!). 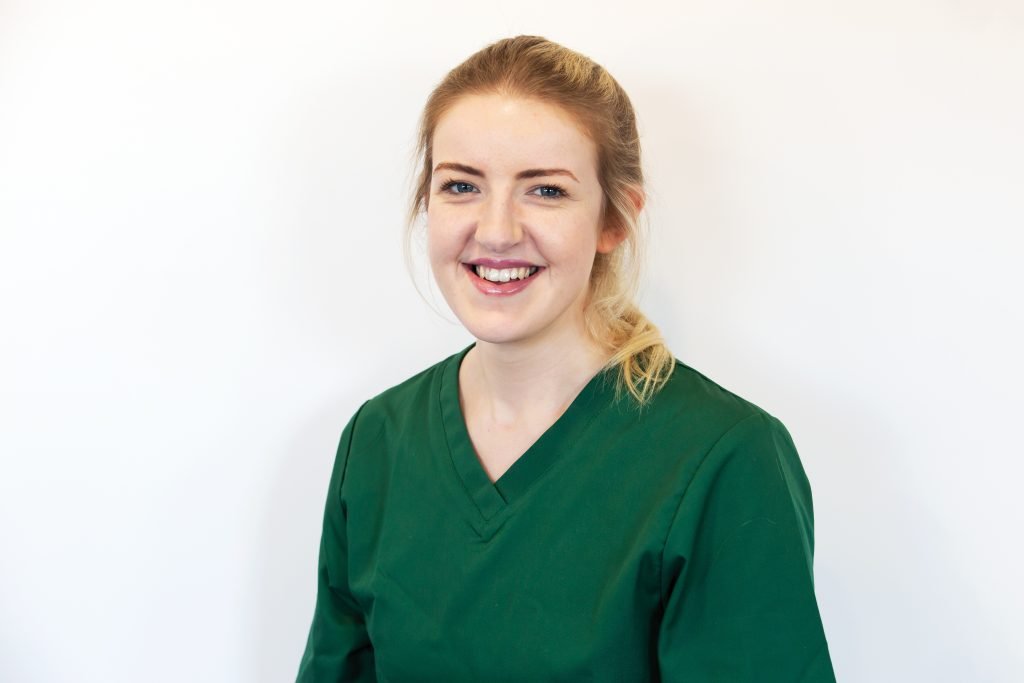 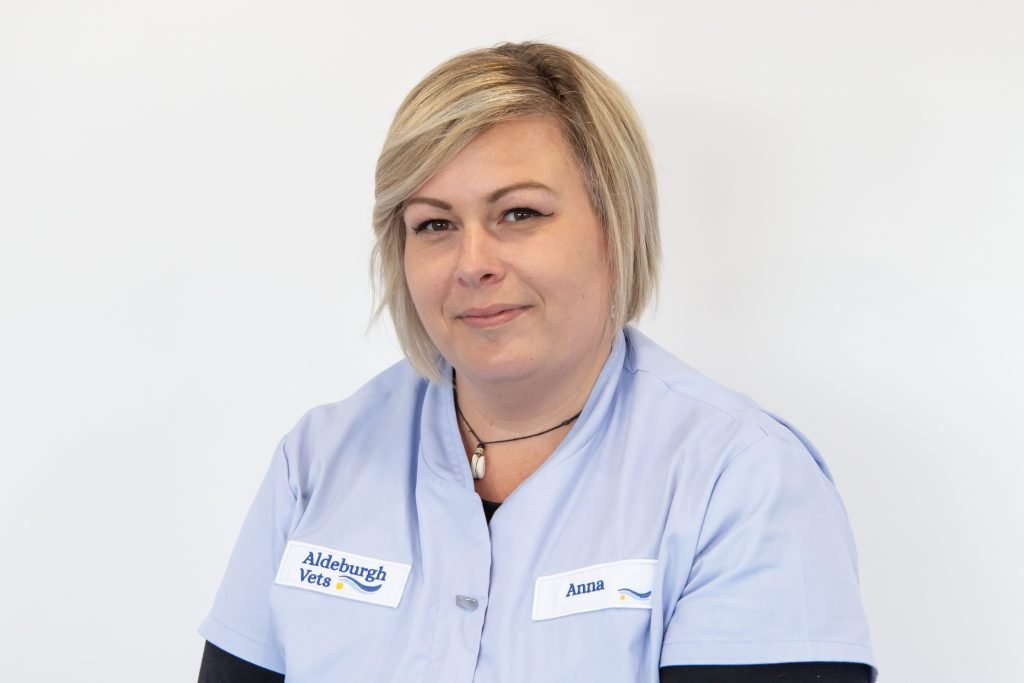 Anna lives here in Aldeburgh with her family and Bernese mountain dog Olive.
She returned to her Suffolk roots in 2012 after studying Marine Aquaculture in Cornwall.
She is a lover of all things ocean. She is a keen paddle boarder and a volunteer crew member of the RNLI here in Aldeburgh.
Anna joined the practice in May 21 after a career in pub management and can’t wait to meet all our lovely clients and pets.

Marcie has always been a Suffolk girl, although she has spent some time travelling America to work as a Camp Counsellor supporting people with special needs. Once she returned from her travels, she continued her career within the education and healthcare sector.

Marcie later joined our team just before our opening – so she has been here from the very beginning! She really enjoys working in the veterinary world and has benefitted from this career change.

She looks forward to welcoming you and your pets. 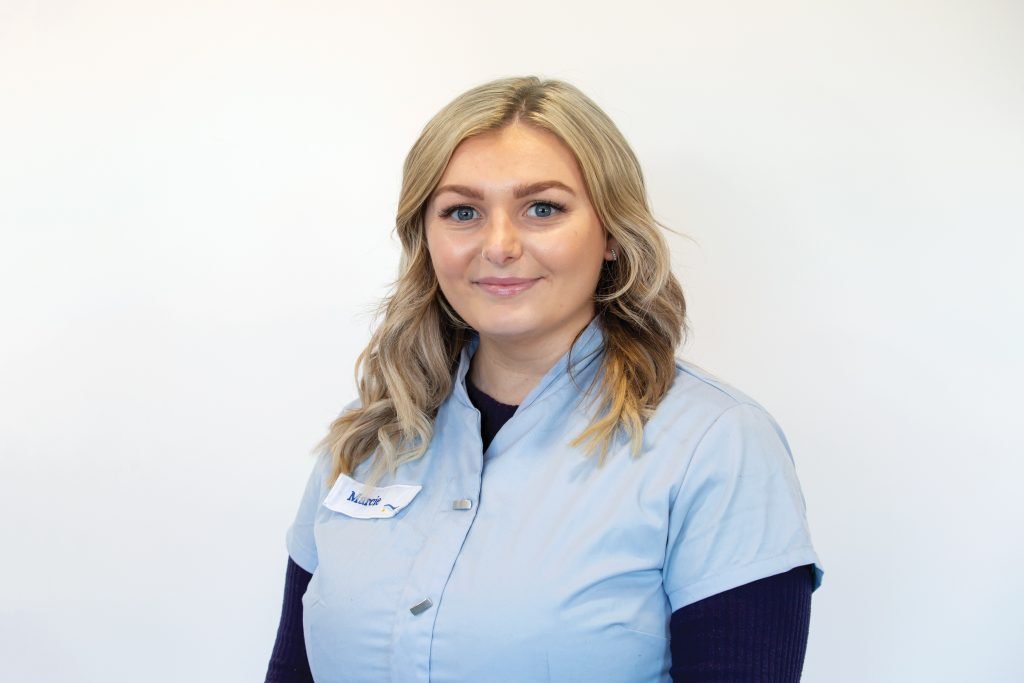 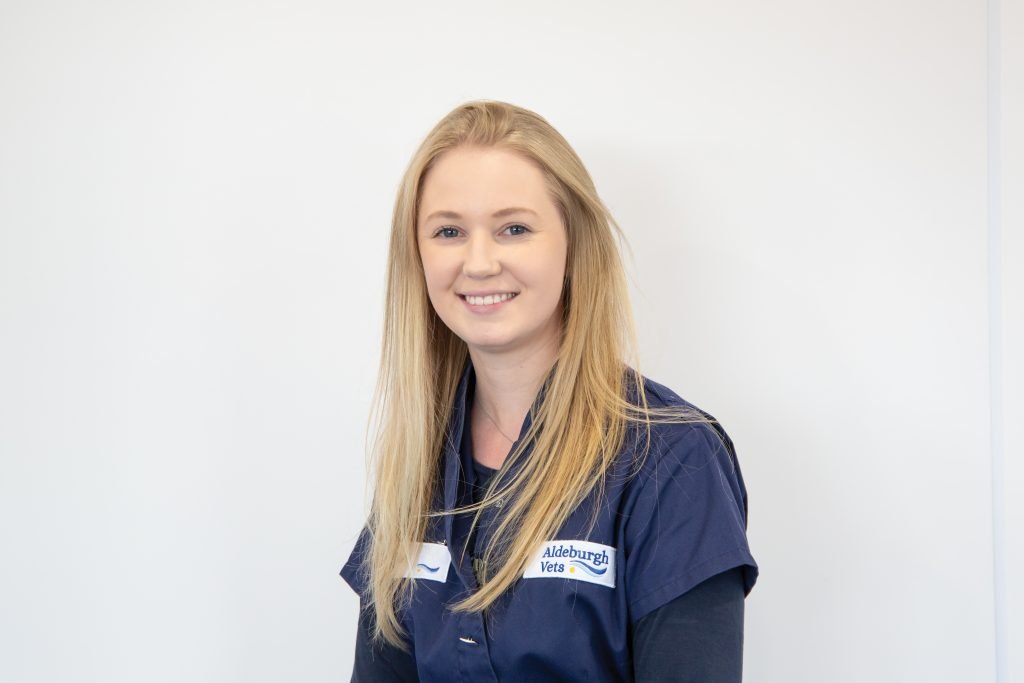 Chloe has grown up in Aldeburgh and now lives locally with her partner and dachshund Isla in their new home.

Chloe has always loved animals since a very young age. She qualified as an Animal Nursing Assistant at Otley College in 2015 and joined the Aldeburgh Vets team in June 2021 to further her love and knowledge in the Veterinary industry.

In her spare time Chloe loves to horse ride and bake!

Maizey has grown up in Suffolk and has always taken a huge interest in animals of all shapes and sizes since a very young age.

She has previously undertaken work experience in Zoo’s and other veterinary practices as part of her animal studies course at Suffolk rural college. Maizey has recently started back at college to study and qualify as a Veterinary nurse. 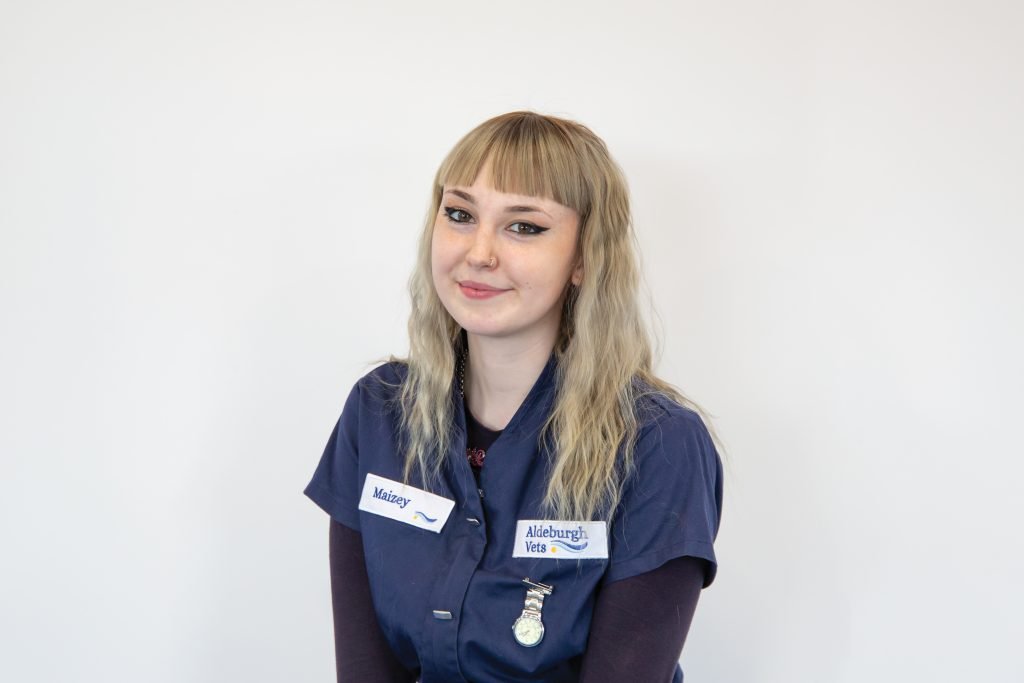 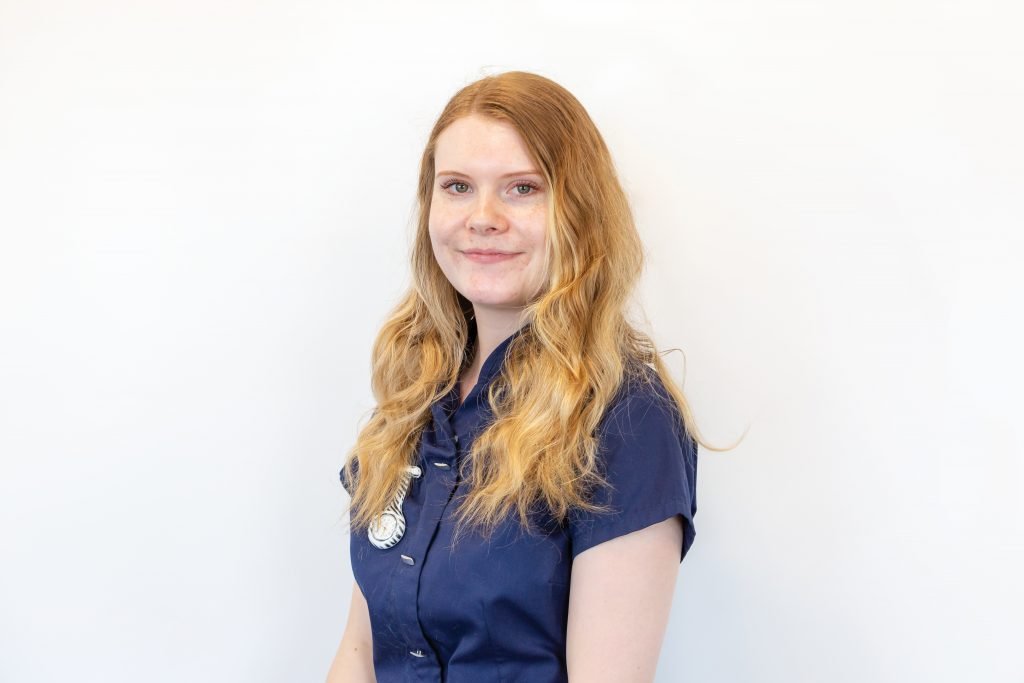 Sarah has grown up in Suffolk and currently lives locally with her partner.
She has studied Animal Management at Otley College, worked for the RSPCA and has years of previous experience working in veterinary practice.

Sarah is currently on her journey towards becoming a fully qualified veterinary nurse. She joined our team in May 2022 and very much looks forward to becoming fully qualified with Aldeburgh!

Ellie has grown up locally in Suffolk but has spent some time in Canterbury to study at University. After graduating in 2019, she moved back to Suffolk to return to her job in hospitality and events.

She then joined the Aldeburgh Vets team in January 2021 to start her career within the Veterinary industry to work towards the role of practice manager. 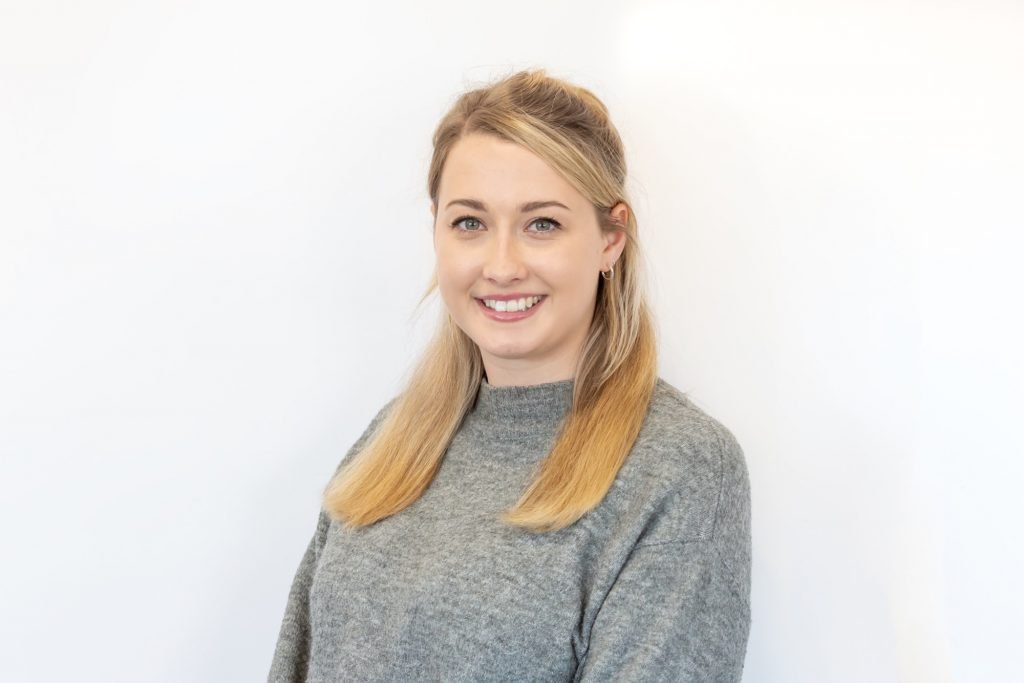